This search form uses an instant search feature. As you type, search results will appear automatically below the search field. When you've entered you desired search terms use tab to navigate through the available results and hit enter to open the selected page or document.

When Broadway Dance Company in Booneville needed another instructor during the summer, they turned to one of their shining stars in Booneville High School junior Bianca Robertson.

Robertson was a quick study to dance and to the company, earning the promotion in about a year.

“I have this class that I’ve been working with, along with another girl from my dance class as a student,” she said. “They are around 4 and 5 (years old) and we are teaching them a ballet dance and a jazz dance.”

The instruction is for a recital planned for December. The recital was originally planned for last summer but had to be pushed back due to the COVID-19 pandemic.

“My mom saw it. They had posted asking if anyone would be interested if they opened a dance studio. I had wanted to start dance again because I did it when I was 3, but there wasn’t anywhere to do it anymore,” said Robertson. “I was going to see if I could go to Fort Smith and do it but then they posted that and it was like perfect timing. Thankfully they opened in Booneville.”

When not in a Bearcat cheerleader uniform for the football team, Robertson is at the studio on Mondays, Wednesdays, and Fridays, with the Friday eliminated during football season.

Even though COVID-19 regulations prohibit visiting cheerleaders and bands, Robertson was in attendance as a spectator in Ozark on September 4, because that’s where she felt like she should be.

“I’m glad I’m a junior. Hopefully next year, we’ll be back to normal,” she said about not being in full cheer mode on a Friday.

Robertson says some of the credit for moving into instructing dance with Faith and Sara Mounts, has to go to being involved in cheer.

“It helped being from cheer because of some of the leaps that we do and some of the techniques that we use,” said Robertson.

Robertson has had plenty of time to hone those moves and techniques because she has been a cheerleader since the fourth grade.

She has also been consistently involved with tumbling at Statik Fuzion in Booneville since she was in the seventh grade.

Robertson does all of that despite a class load that includes interior design, pre-calculus/trigonometry, advanced anatomy and physiology, AP language, business applications, civics/economics, and cheer.

“Most of the time I don’t have much homework. I either get it done in class or do it right before bed,” said Robertson.

Clubs are kind of on hold right now but she has also been involved previously with Beta Club, Library Club, and Key Club. She is also hoping to add FCCLA membership this year.

The baby of Jessica and Kenny Robertson’s family, she is now the only student in the group with the departure of her brother Andrew, who joined Rachel Robertson, as a graduate in May. She also has two other older siblings. 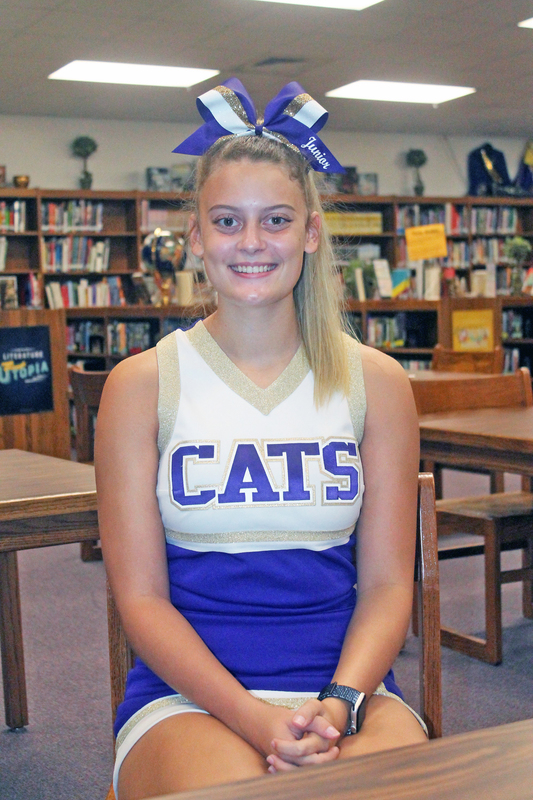